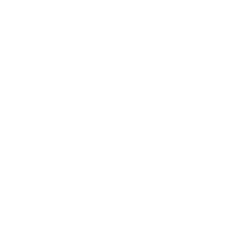 Heading downhill to Florence
through towns of Roman origin
on a scenic, fun & easy biking adventure with gelato as final treat!

Want to go private?
Just let us know, we are happy to help!

Duration
One day tour around Florence 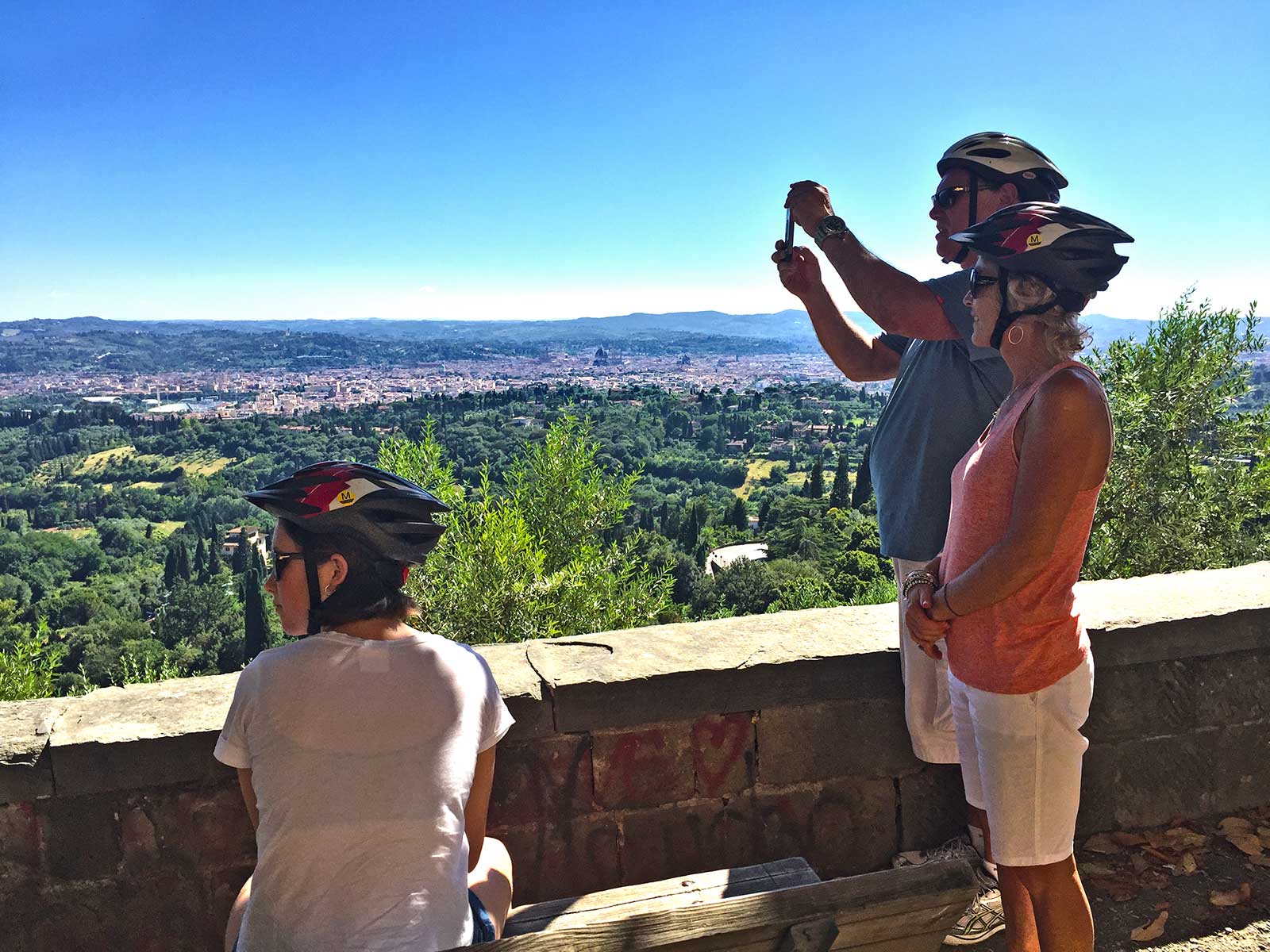 Downhill to Florence bike tour | view onto the city | bikeinflorence.com

Our support van will pick you up in the morning and whisk you off to the one of a kind panoramic vista at Monte Senario. Founded by seven devote Florentine men, you will stop in at the monastery which has been noted among the locals since before the year 1250. Soak in the tranquility, the calm and the natural beauty, maybe even taste their special elixir, made with 17 herbs and spices from a secret recipe passed down generation after generation.

The bike tour starts its descent passing through the lush green landscape of Mugello, the land of the Medici family, medieval castles and WWII landmarks.  The easy itinerary passes through small towns like that of Settignano, whose roots go much deeper than the Roman Emperor who gave the town its name (Settimio Severo from the end of the II century A.D.)  You will have time to take photos,  and feel the atmosphere of the town where Michelangelo once lived and Mark Twain was inspired to write.

Downhill to Florence bike tour is pedaling downhill, just a short distance outside of the city walls of Florence, while admiring the stupendous panoramic views from Fiesole.

Cruise by remnants of Etruscan walls, Roman baths, and the Badia, the ancient cathedral of St.Romulus, built in 1028.

This amazing town invites you to stretch your legs and admire the awe-inspiring archaeological park with its very own Roman amphitheater.

On the Downhill to Florence bike tour even the teens will get excited about seeing the stone reminders of a glorious past – Or maybe it is the best gelato ever to makes them smile?

From here, Bike Florence & Tuscany follows a meandering path downhill to the Arno River, stopping often for the perfect photo of the Florence skyline.

The Downhill to Florence bike tour tour ends in the city, where you will have time for (another) delicious gelato!

Please note that this ride is fun, easy & safe, however, the initial track can be steep and therefore not suitable for those afraid of descents. 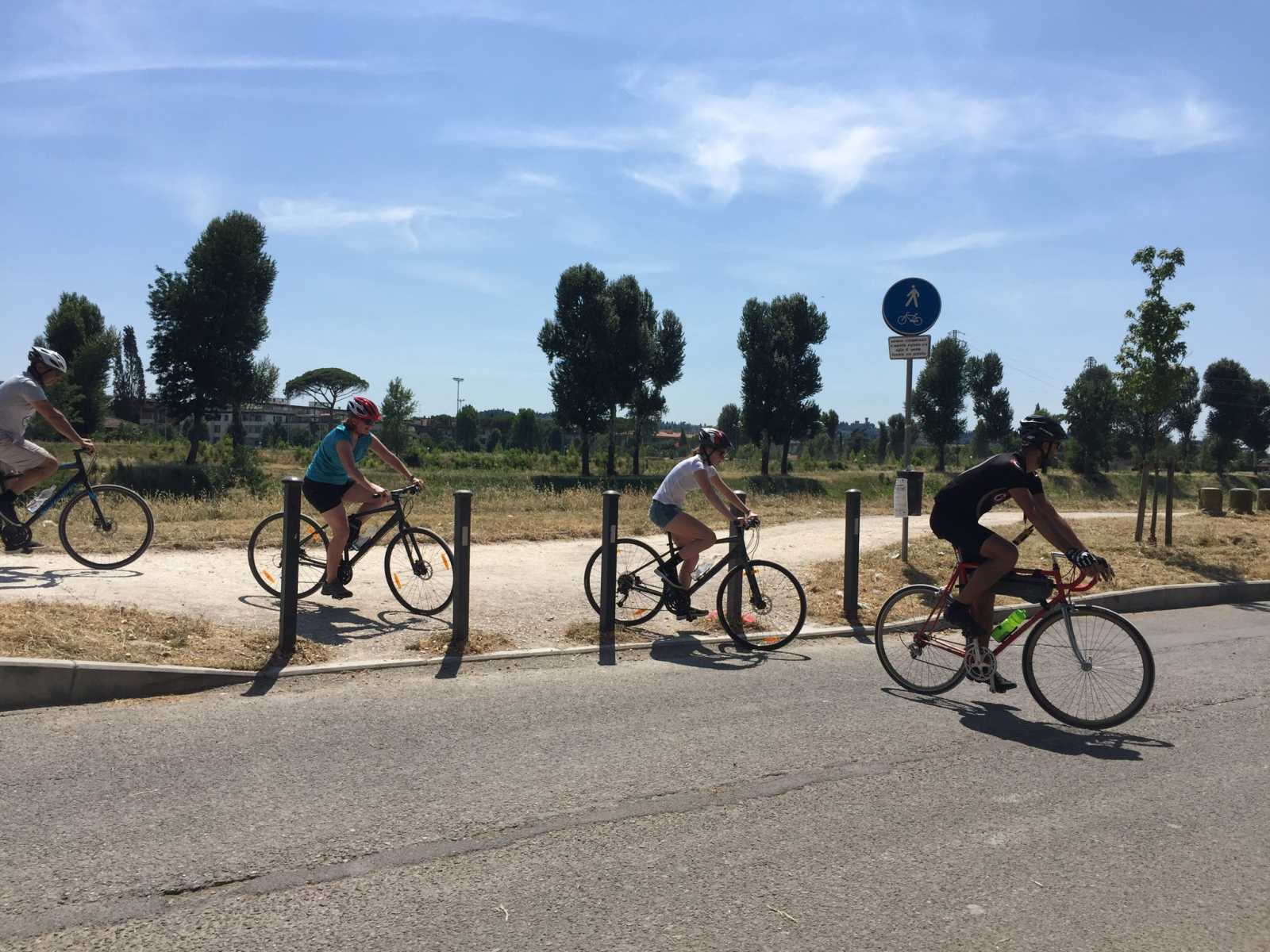 Downhill to Florence bike tour | along the Arno river | bikeinflorence.com

The Downhill to Florence bike tour is absolutely family friendly since the itinerary is practically always in descent.

For the adults in the group, there are breathtaking views of the Renaissance City (Florence, Italy), Fiesole, and a few other enchanting surprises along the way. While for the younger crowd, the Bike Florence & Tuscany team makes a point of creating a “kid-friendly” atmosphere by including gelato stops, fun stories & legends of the area and glimpses of authentic Roman ruins. All of this fun for adults and kids happens while effortlessly cruising downhill to Florence.  Safety is always a priority in all of our tours, especially when there are kids biking. 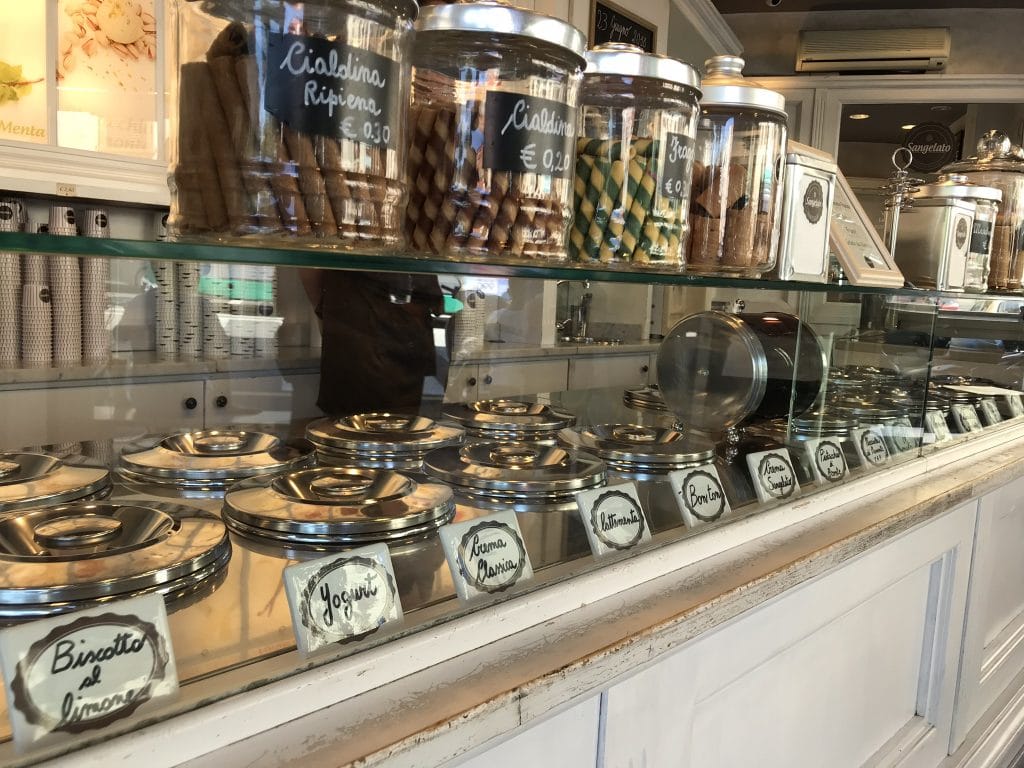 Elena & Piero say the Downhill to Florence bike tour is especially great if you are: 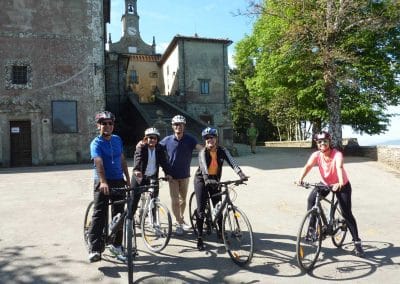 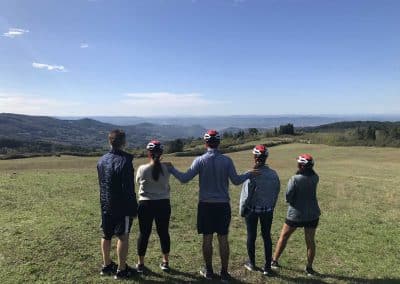 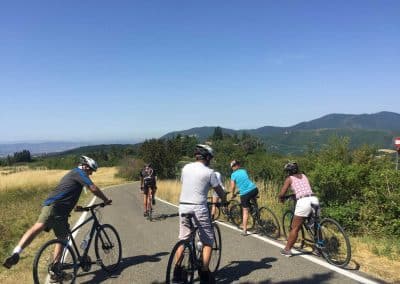 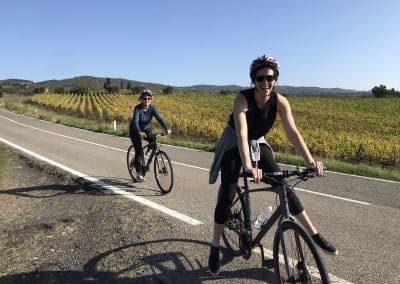 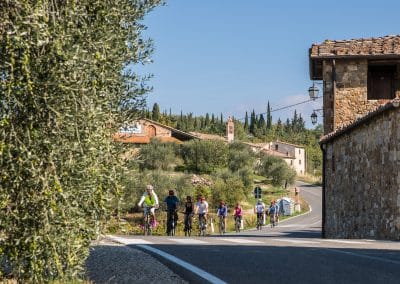 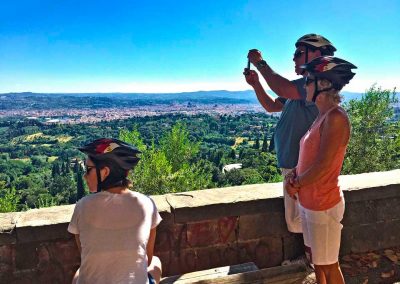 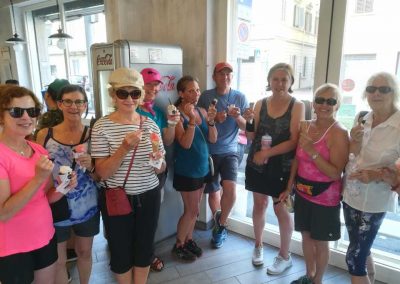 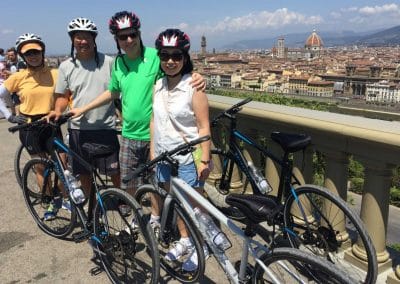 We will be glad to pick you up even if you are staying outside Florence.
Please Contact Us for further details and personalized arrangements or Book Now your favorite tour!

SAVE YOUR PLACE FOR THIS TOUR NOW!

WHAT OUR GUESTS SAY

One of the great experiences I’ve had…ever!

My wife and I did the “Downhill to Florence” bike tour this week with Piero (riding along along in van) and Elena leading the bike pack. Start 2,600 feet up in a remote monastery and ride 22 miles down into the center of Florence through back roads and trails with just the most amazing vistas

We booked for the “Downhill to Florence”. It was late in the season, November, so many others had closed their bike tours. We lucked out and found Pierro and Elana. Others have described the trip really well.. It is a well thought out perfect itinerary. My husband and I had a great…

Downhill to Florence – A day to remember!

Our family of 4 enjoyed a great ride through the Tuscan country side, into the beautiful city of Florence. The pick up and drop off service was great; the bikes were in top shape and rode easily. Our guide, Elena, was helpful, informative and ever so friendly. We had a great lunch in Fiesole, stopped for many pictures of the countryside and city below, and just had a wonderful time. It was truly a day to remember. Thank you Bike Florence&Tuscany! When we come back, we will look you up again!

Take a look at the full list of our biking adventures! 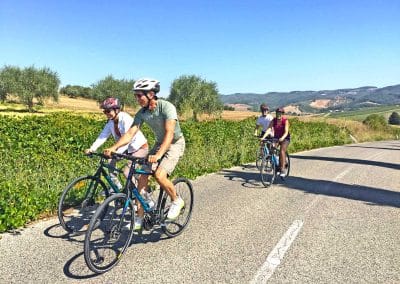 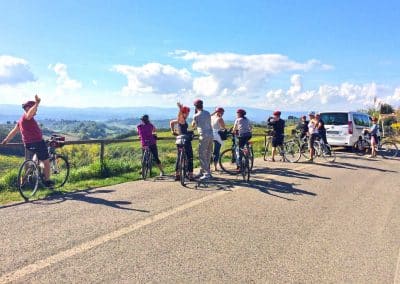 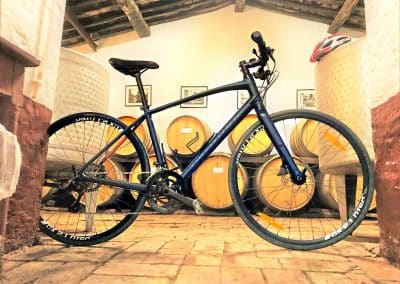 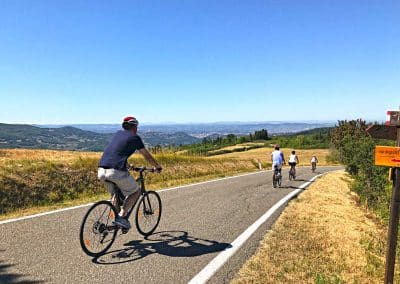 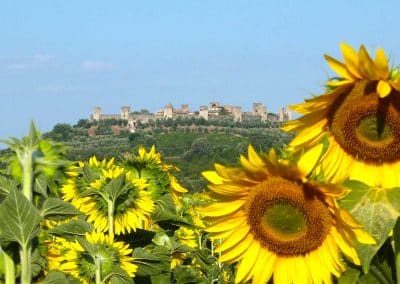 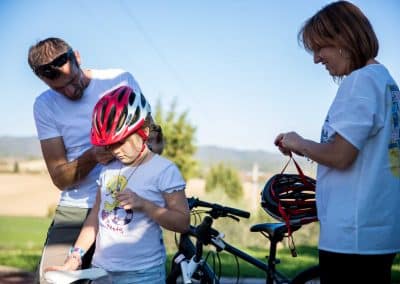 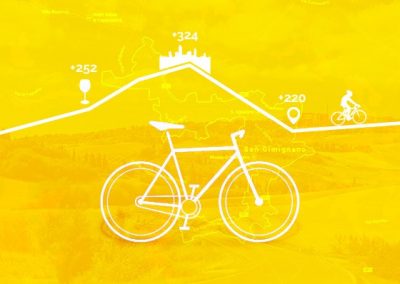 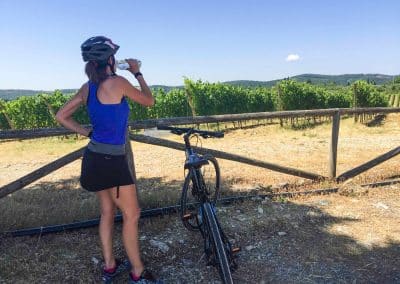 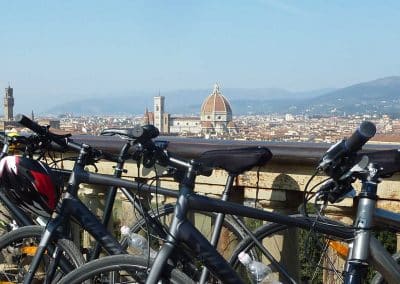